The Limoges English meeting is held each Thursday at 2 avenue Pierre Traversat (see below**) 87100 Limoges, in “la Petite Maison”, as it is affectionately known by our French colleagues.
It serves the Limousin area and opened in August 2006 after it became apparent that there was a demand for an English speaking meeting in this large area of central France.
The meeting starts at 19h.30. All the meetings are “open”.
The rooms can be located in the northern area of Limoges and are best found by using junctions 30 or 31 on the A20 autoroute from the north or junction 32 from the south. Nearby landmarks are the Gendarmerie and the SuperU service station, and the house is opposite the église St Anges.

**
Although 2, ave Pierre Traversat is the official postal address recognised by the Post Office, some GPS devices do not. 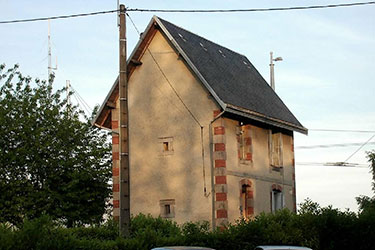 If using a Tom-Tom or similar device enter the address 125 rue des Tuilliéres, which is the church address. We are directly opposite the church car park and at the traffic lights junction of ave Pierre Traversat and rue des Tuilliéres. The house stands on its own at the junction. The car park is available for parking if the street spaces are full.

We are located at:

Location of the Limoges Meeting

We use cookies to ensure that we give you the best experience on our website. If you continue to use this site we will assume that you are happy with it.AcceptPrivacy policy